ICAS causes about 5–10% of strokes in white people, 15–29% of transient ischaemic attacks or strokes in black people, and up to 30–50% of strokes in Asian people.1–6 The frequency of ICAS as a cause of stroke also seems to be higher in northern India and Egypt than in white populations.7,8 Potential explanations for racial and ethnic differences in the prevalence of ICAS include genetic susceptibility of some racial and ethnic groups, and differences in lifestyle and risk factor profiles between races.2,9–12

Traditional risk factors associated with ICAS include hypertension, smoking, diabetes mellitus, and hyperlipidaemia. 5,13–16 In the Warfarin Aspirin Symptomatic Intracranial Disease (WASID) trial, the most important modifiable risk factors for an increased risk of recurrent stroke and vascular events associated with ICAS were raised blood pressure and cholesterol concentrations.17 In the trial, which enrolled 569 patients with 50–99% symptomatic ICAS, the risk factors most strongly associated with recurrent ischaemic stroke and other major vascular events were mean systolic blood pressure greater than 140 mm Hg and mean cholesterol concentration greater than 5·20 mmol/L (200 mg/dl) during follow-up.1

In a substudy of the Trial of cilOstazol in Symptomatic intracranial Stenosis 2 (TOSS-2) investigators examined potential lipoprotein predictors of ICAS progression in 230 patients with symptomatic stenosis of the middle cerebral artery and the basilar artery. Increased apolipoprotein B/A-I from baseline was associated with progression of stenosis on magnetic resonance angiography (MRA), whereas increased HDL concentrations were associated with stable stenosis.20 Other risk factors or biomarkers associated with an increased risk of recurrent stroke or progression of intracranial atherosclerosis include the metabolic syndrome,21,22 reduced adiponectin,23 increased lipoprotein-associated phospholipase A2,24 and increased C-reactive protein, E-selectin, plasminogen activator inhibitor-1, and lipoprotein (a).25 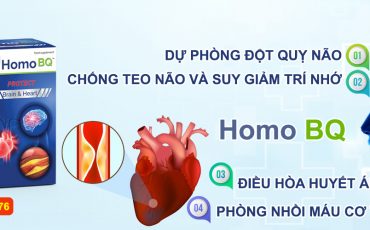 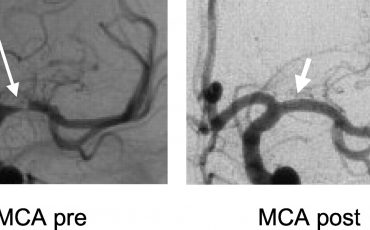